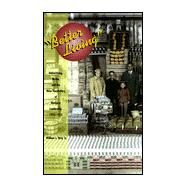 "Better Living": Advertising, Media, and the New Vocabulary of Business Leadership, 1935-1955 is a history of how big business learned to be both entertaining and persuasive when talking to the public. Examining the years from the Depression to postwar prosperity, "Better Living" follows the dissemination of a politically competitive claim of "more," "new," and "better" in industry and in life. Beginning with the changes in business-government relations during the New Deal, this study looks at the ways in which politically active corporations and their leaders learned how to speak - at a time when speaking was not enough.
Using archival sources such as the NBC, Ford Motor Company, DuPont, and Franklin Delano Roosevelt collections, William L. Bird, Jr., establishes the importance of industrial films and their role in public relations and employee relations, as well as the use of dramatic radio productions in corporate public relations. The author examines the interplay between general mass radio and print advertising, radio program sponsorship and scriptwriting, sponsored motion pictures and television entertainment, as well as exhibitions and industrial fairs and the role these media played in shaping ideas about American business and political and cultural institutions in this country for the decades to come.
William L. Bird, Jr., is curator of the Political History Collection at the Smithsonian Institution.