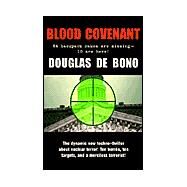 The dynamic new techno-thriller about nuclear terror! Ten bombs, ten targets, and a merciless terrorist! In the late seventies, KGB Chairman and future General Party Secretary Andropov commissions the creation of suitcase-size nuclear weapons. He orders the weapons deployed in Western Europe, Japan and America. The Soviet Empire crumbles... the Cold War ends... and the weapons are forgotten until today.A Hezbollah terrorist cell decides to make New York's Fourth of July celebration a bit brighter than usual. The threat catapults Special Forces Major Jim Harper and spymaster Louis Edwards into a desperate race against time to prevent the unthinkable from happening. Confronted by a determined terrorist known as Harlequin, squabbling within the American intelligence community and an administration more interested in symbolism than substance, Harper tracks Harlequin from New York to Boston, Washington and Chicago.
What is included with this book?