The Book of Bebb 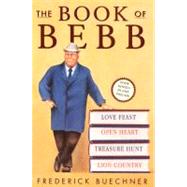 Halfway down the subway stairs, he turned. There was a smell of stale urine. It was raining on Lexington Avenue. He said, "'All things are lawful for me, but all things edify not.' One Corinthians ten."

He had his hand on the stair rail and was looking at me over his shoulder. As he spoke, his right eyelid fluttered part way down, then up again, and I thought he was winking. He was not. It was involuntary, just a lazy eyelid that slid partly shut sometimes.

He said, "We'll be seeing you," and then continued on down the stairs, a fleshy, scrubbed man in a tight black raincoat with a narrow-brimmed hat, dimly Tyrolean, on the top of his head. Happy Hooligan. We'll be seeing you. I remember the way he said we when there was obviously only one of him there. I remember the urine smell on the subway stairs and the rain and the way he turned and quoted scripture not as an afterthought but as though it was the main thing be had wanted to do all along.

Leo Bebb. He was all by himself, and because I had only that day for the first time met him face to face, I had no way of knowing who his we included. But I came to know in some detail later, and when I close my eyes now and try to conjure up again that moment at the subway entrance, I don't exactly see the others on the stairs with him but I sense them waiting for him in the shadows a dozen steps or so farther down. In reality they were all at that time safe, to use the word rather loosely, in Armadillo, Florida, but I nonetheless picture them waiting for Bebb there in the flatulent bowels of the IRT -- Sharon, that willowy carnivore, that sleepy-limbed huntress, that hierodule; and Lucille, the mother, with her black glasses and wet, liverish lips; and Brownie with his china teeth smiling his unrelentingly seraphic smile. Bebb descends to them like Orpheus with his lyre, and in the dark they reach out their hands to him while up there at the entrance to the underworld I also reach out my hands. The truth of it is that I probably had my hands in my pockets feeling for taxi money, but I remember waiting to watch him disappear, and that, I suppose, was a kind of reaching out.

He had granted me my interview that afternoon in a lunchroom between Third and Lexington in the Forties someplace, all tiled walls and floor like a men's room with fluorescent lights that turned our lips blue. I had ordered tea, Bebb chocolate milk which he sweetened with sugar. The man at the counter who took our order had silvery hair and a silvery, ageless face. "You know what he is, don't you?" Bebb asked when we had taken seats on either side of a formica slide so narrow that we could not both drink at the same time without the risk of touching foreheads. "That one there," he said, nodding back over his shoulder. "He's from outer space." I had raised the teacup to my lips, and Bebb put one bitten thumb on the near rim of the saucer, pushing down to make the far rim rise. "He got here in one of these. Maybe." One finger in the air. "It's when the hair and face are all one color you can usually tell."

"He's one of the silver ones," Bebb said. "There are gold ones too and other types. In Scripture they are called angels. There are quite a few of them around and always have been, but they don't mean us any harm. Often just the opposite. Ask me any questions you want to. That's what we're here for."

His mouth snapped shut like something on hinges, a nutcracker man's mouth or the mouth of one of those wooden bottle-stoppers carved into faces that they pour whiskey out of sometimes in bars. A workable, Tweedledum mouth with the lines at the corners, the hinge marks, making an almost perfect H with the tight lips. A face plump but firm, pale but not sick pale. He was high-polish bald and had hardly a trace of facial hair, beard or eyebrows even. The eyes were jazzy and wide open and expectant, as if he'd just pulled a rabbit out of a hat or was waiting for me to.

"You ordain people," I said.

Bebb said, "I ordained you."

As indeed he had. I had seen his ad -- "Put yourself on God's payroll -- go to work for Jesus NOW" -- and had answered it, enclosing the suggested love offering plus a stamped, self-addressed envelope. Ten days later from the Church of Holy Love, Inc., in Armadillo, Florida, I received an ordination certificate with my name written on it by Brownie in purple ink and a mimeographed letter informing me that as a minister I was now entitled to conduct weddings and funerals and christenings and give last rites and administer the sacraments. There were also two mimeographed order blanks, one on blue paper, the other on pink. The blue one was for a pamphlet entitled Worthy of His Hire, which was billed as explaining in detail various types of tax exemptions and ecclesiastical discounts and draft deferments available to ministers. The pink one was for a catalogue of mail-order courses offered by Gospel Faith College and a description of the degrees that the College was in a position to award, together with the fees and requirements for each.

"I suppose you must come under a lot of fire," I said. "Ordaining anybody who answers your ad."

"Anybody," Bebb said. "Anybody male." That cautionary finger again. "Scripture doesn't say anything about ordaining females. But anybody else, it doesn't matter. When people..."

Book of Bebb RI, The. Copyright © by Frederick Buechner. Reprinted by permission of HarperCollins Publishers, Inc. All rights reserved. Available now wherever books are sold.

Excerpted from The Book of Bebb by Frederick Buechner
All rights reserved by the original copyright owners. Excerpts are provided for display purposes only and may not be reproduced, reprinted or distributed without the written permission of the publisher. 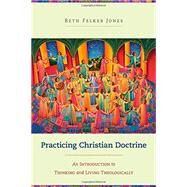 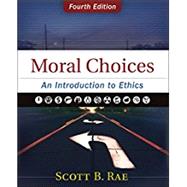 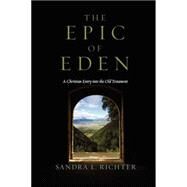 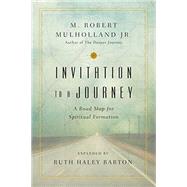 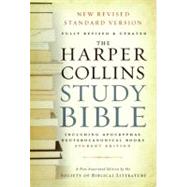