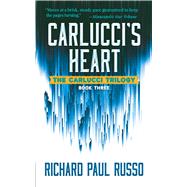 "One of the best blends of SF and mystery yet written." — Science Fiction Chronicle