Complications: A Surgeon's Notes on an Imperfect Science 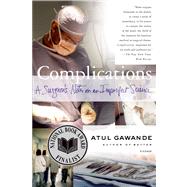