The Dark Side of the Cross 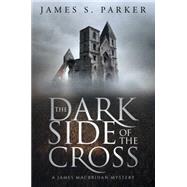 A tightly woven, atmospheric, suspense-filled mystery, featuring a heroic yet flawed investigator trying to find a Dark Priest and his coven of witches before they unleash the demons of hell.

A disturbingly successful string of thefts of ancient, religious artifacts from Catholic churches in the New England area has left police baffled. Then a priest gets a call from one of the thieves, offering the arifacts back for a considerable ransom. James MacBridan and the Hawthorne Group are called in by the archbishop to handle this most delicate situation.
The thief and MacBridan meet, but they are not alone. Something else has been waiting for them, something dark and terrifying. The simple exchange ends violently, leaving MacBridan unconscious and the thief brutally murdered. MacBridan sets off to find the the Cross of St. Patrick, the most important of the stolen artifacts, but soon finds himself up against an enemy more ruthless and more deadly than he has ever faced before. The body count and the terror continue to rise the closer he gets, all in a place where no one is who they appear to be.
In James Parker's The Dark Side of the Cross, MacBridan finds that in order to survive he will have to lean on a faith that he has long since cast aside.
James Parker has led a successful business career over the last thirty years in telecommunications. A graduate of Eastern Kentucky University, Jim's criminology training informs his writing, giving authenticity to his storyline and his characters. Jim and his wife, Margaret, presently reside in Austin, Texas, along with their daughter.