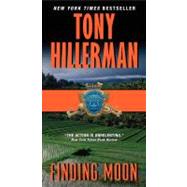 A phone call in 1975 changes Moon Mathias's life forever, as a voice on the line tells him his dead brother's baby daughter-a child Moon never knew existed-is waiting for him in Southeast Asia. A task he believes beyond his meager talents is pulling Moon to Vietnam. In a chilling world of mystery and silence, disguise and deception, he'll risk everything for the sake of one little girl-and discover a Moon Mathias who's a better man than he ever thought he could be.