History of My Life 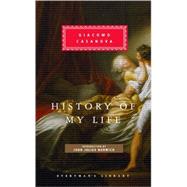