The Hound of the Baskervilles 150th Anniversary Edition

The most famous of the Sherlock Holmes stories,The Hound of the Baskervillesfeatures the phantom dog of Dartmoor, which, according to an ancient legend, has haunted the Baskervilles for generations. When Sir Charles Baskerville dies suddenly of a heart attack on the grounds of the family's estate, the locals are convinced that the spectral hound is responsible, and Holmes is called in. "Conan Doyle triumphed and triumphed deservedly," G. K. Chesterton wrote, "because he took his art seriously, because he lavished a hundred little touches of real knowledge and genuine picturesqueness on the police novelette." From the Trade Paperback edition.
Born in Edinburgh, Scotland, in 1859, Sir Arthur Conan Doyle attended Jesuit boarding schools and then studied medicine at Edinburgh University. He planned to become an eye specialist, but was unsuccessful at establishing a medical practice. In need of additional income, he wrote his first story about Sherlock Holmes, A Study in Scarlet. His detective was modeled partly after Dr. Joseph Bell, a doctor from the Edinburgh Infirmary who had extremely keen powers of observation and analysis. After several rejections, a British publisher bought the story, and the world's best-known fictional detective was born. Conan Doyle was knighted in 1902 for writing a defense of the British cause in The Great Boer War. He went on to write fifty-nine more Sherlock Holmes adventures, as well as many other stories. He died in Sussex, England, in 1930. 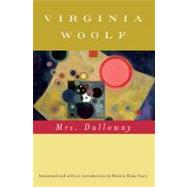