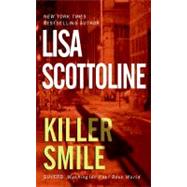 Mary DiNunzio gets a terrifying telephone call while she's working late, then goes home to find a shadow lurking at her front door. When a lawyer close to her turns up dead, Mary begins to suspect that the case she's been working on -- involving the suicide of an Italian-American in an internment camp during World War II -- may not be ancient history after all. Performed by Kate Burton
What is included with this book?

"Rosato & Associates," Mary DiNunzio said into the receiver,then kicked herself for answering the phone. The caller wasPremenstrual Tom, a man who wanted to sue the PhiladelphiaPolice Department, the United States Congress, and a localcantaloupe. He'd been calling the office at all hours, and Maryfelt sorry for him. He was obviously off his meds and hadreached one of the few lawyers in the city who wouldn't suefruit.

"Get me Ms. Benedetta Rosato!"

"Ms. Rosato is gone for the day, sir." Mary checked herwatch. 10:16 P.M. Everyone had gone home hours ago, anduntil now, the offices had been blessedly quiet. "The office isclosed."

"Then what are you doing there, Ms. Mary DiNunzio?"

Good question, Mr. Thomas Cott. Mary was working lateagain, reading until her brown eyes turned red and her contactsdried to the crispness of breakfast cereal. Documentsblanketed the conference table like a legal snowstorm, and hercompact figure had been curled into the swivel chair for so long she felt like a meatball. "Mr. Cott, I'll take a message andtell Bennie -- "

"I refuse to leave any more messages! Get Ms. BenedettaRosato on the line! I demand to know why she won't representme! She specializes in constitutional rights, it says so on thecomputer!"

"In the library! The website, your website! It says it rightthere! That's false advertising! What about my constitutionalrights? They don't matter? I don't matter?"

"Mr. Cott, no lawyer can take every case," Mary answered,then hesitated. Bennie had told the associates not to engagePremenstrual Tom, but if she could explain it to him, maybehe'd stop calling. "I think Bennie told you she didn't thinkyour case could prevail in court. She's practiced constitutionallaw for a long time and has excellent judgment, so -- "

"All those judges are in on it! All of them are crooked,every single one of them! City Hall is a pit of conspiracy andcorruption! They're all in the mayor's pocket!"

"Mr. Cott, the judges in City Hall aren't crooked, and yourcase would be in federal court anyway -- "

"You're not fooling me, either of you! Put Ms. BenedettaRosato on the telephone right now! I know she's there! Shemust be, she's not at home!"

"I went to her house! I knocked on her door, I waited for herto answer! The windows were dark!"

Mary stiffened. "How did you get her address?"

"It's in the phone book, I looked it up! What do you think Iam, incapable? I may not have a fancy law degree, but I am notincapable, MS. MARY DiNUNZIO!"

Mary suddenly stopped feeling sorry for him. He was shoutinglouder now, almost screaming.

"I SAID, get MS. BENEDETTA ROSATO on this telephoneRIGHT NOW! I KNOW she's right there with you!"

"I'll come down there, you LYING WHORE! I'll comedown there and SHOOT -- "

Mary hung up, shaken. The conference room fell abruptlysilent. The air felt charged. It took her a moment to processwhat had just happened. Okay, Premenstrual Tom had morphedinto Psychotic Tom, and it wasn't funny anymore. Bennie wasat an ACLU dinner, but it would be ending soon. She could begoing home. Mary had to warn her. She reached for the phoneto call the boss's cell.

Rring, rrriiinng! The phone rang underneath Mary's hand,jarring her. Rrrriiinng! She gritted her teeth and let it ringtwice more so voicemail would pick up. She should never haveengaged Premenstrual Tom. When would she learn? Her goodgirlreflexes -- Help Out, Be Nice, Tell the Truth -- sucked in thepractice of law.

Mary pushed the button for her direct phone line and calledBennie, but there was no answer. She left a detailed message,then hung up, uneasy. She'd call her back in five minutes tomake sure the boss had gotten the message.

Mary eased back in her swivel chair, wishing suddenly thatshe weren't alone in the office. She eyed the doorway to theconference room, surprised to find the threshold dark. Whoturned out the lights in the reception area? Maybe the cleaningpeople, when they'd left.

I'll come down there and shoot

Mary eyed the phone, daring it to ring again. She didn'tleave it off the hook because the drill was to record threateningmessages for evidence, in case the office had to go for a restrainingorder, like with Premenstrual Fred. Mary wonderedfleetingly if she could find a career that didn't attract garden varietyhomicidal rage or bad television commercials.

She told herself to get over it. Premenstrual Tom had been blowing off steam, and there was a security desk in the lobbyof the building. The guard wouldn't let anybody upstairs withoutcalling her first, especially after business hours, and nowadaysyou couldn't get past the desk without a driver's licenseand a mortgage note.

She got back to work, tucking a dark blonde tendril into itsloose French twist, and picking up the document she'd beenreading. It was a letter dated December 17, 1941, from theprovost marshal general's office, a federal agency that nolonger existed. Its type was grainy because it was a Xerox copyof a photocopy of a carbon copy, and on another night, Marywould have gotten a charge out of its vintage. Everybody in theoffice called her case the History Channel, but she loved theHistory Channel. Mary loved mostly everything on cable exceptThe Actor's Studio, which she wouldn't watch at gunpoint.But she didn't want to think about gunpoint right now . . .

Excerpted from Killer Smile by Lisa Scottoline
All rights reserved by the original copyright owners. Excerpts are provided for display purposes only and may not be reproduced, reprinted or distributed without the written permission of the publisher.