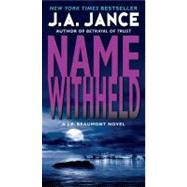 An explosive novel of betrayal and blood vengeance featuring Seattle detective J.P. Beaumont from the New York Timesbestselling author of Betrayal of Trust There are those who don't deserve to live'and the corpse floating in Elliott Bay may have been one of those people. Not surprisingly, many individuals, too many in fact, are eager to take responsibility for the brutal slaying of the hated biotech executive whose alleged crimes ranged from the illegal trading of industrial secrets to rape. For Seattle Detective J.P. Beaumont'who's drowning in his own life-shattering problems'a case of seemingly justifiable homicide has sinister undertones, drawing the haunted policeman into a corporate nightmare world of double deals, savage jealousies, and real blood spilled far too easily, as it leads him closer to a killer he's not sure he wants to find.
What is included with this book?