A carefully crafted and collectible volume celebrates the 50th anniversary of a legendary and groundbreaking Beatles album.  Expert Brian Southall's unique edition recounts the story behind the music and the cultural climate of 1967 when Sgt. Pepper's Lonely Heart Club Band debuted.

The "A-side" of this coolly curated title is all about the Beatles, the music on the album, the recording process, how the disc was received at the time and how it has been acknowledged as one of the greatest albums ever recorded. The "B-side" looks at the state of the world in 1967, from the Summer of Love to anti-war protests to the launch of  Rolling Stone magazine to Jimi Hendrix's first UK tour as a solo artist--and so much, much more.

Fascinating photographs and text build a complete picture of the world as it was when one of the most famous albums of all time was released.
Brian Southall is the former Head of Press at EMI and has written about music for over 50 years. Previous publications include Northern Songs - the story of the Beatles' music publishing empire, Beatles Memorabilia: The Julian Lennon Collection, Jimi Hendrix: Made In England, The Rise and Fall of EMI Records, and Sex Pistols: 90 Days at EMI.
Foreword by Brian Southall
A Side:

The Beatles
John Lennon
Paul McCartney
George Harrison
Ringo Starr
Brian Epstein
George Martin
Sgt. Pepper: Side One
Sgt. Pepper: Side Two
Music Meets Art: The Cover
Reception
It Was Fifty Years Ago Today…
B Side:
Turn On, Tune In, and Drop Out: 1966
The Rise of Psychedelia
1967: The Year That Everything Changed
January
February
March
April
May
June
July
August
September
October
November
December
1968: The Year After 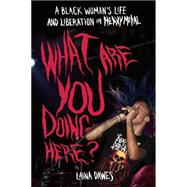