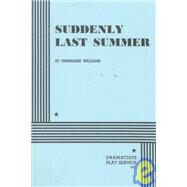 THE STORY: Kerr, in the NY Herald-Tribune, describes: This, says Mr. Williams through the most sympathetic voice among his characters, 'is a true story about the time and the world we live in.' He has made it seem true-or at least curiously and suspensefully possible-by the extraordinary skill with which he has wrung detail after detail out of a young woman who has lived with horror. Anne Meacham, as a girl who has been the sole witness to her cousin's unbelievably shocking death, is brought into a 'planned jungle' of a New Orleans garden to confront a family that is intensely interested in having her deny the lurid tale she has told. The post-dilettante's mother is, indeed, so ruthlessly eager to suppress the facts that she had the girl incarcerated in a mental institution and she is perfectly willing, once she finishes her ritualistic five o'clock frozen daiquiri
What is included with this book?