Till Death Us Do Part PA 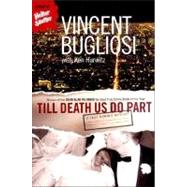 On December 11, 1966, a mysterious assassin shot Henry Stockton to death, set his house on fire, and left the scene without a trace. A year later, when a woman was found brutally killed, shreds of evidence suggested a connection between the two murders. In the Palliko-Stockton trial, prosecutor Vincent Bugliosi offered a brilliant summation that synthesized for the jury the many inferences and shades of meaning in the testimony, fitting all the pieces together in a mosaic of guilt. But will the jury be persuaded?
What is included with this book?