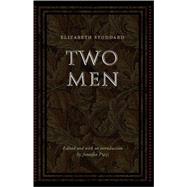 We first meet Jason Auster when he climbs out of a stagecoach in a New England maritime town and, as it were, salutes destiny. A twenty-year-old house carpenter who has come adventuring, Jason hopes to "put in practice certain theories concerning the rights of men and property which had already made him a pest at home." And, indeed, theory and practice, destiny and self-determination are all following quite different paths as this antebellum story of love and power, incest and family honor, and sexual bonds and intractable conflicts between races and classes plays out against the backdrop of a nation--and a world--divided. First published in 1865, this novel tracks the fortunes of Jason and his unlikely bride, the aristocratic Sarah Parke, along with the children and wards, the lost loves and secret passions that define and forever alter an entire family and everyone who touches it. Uniquely located within the romantic, realist, and regional traditions, this oddly unsentimental tale illuminates the racial, sexual, and political conventions and conflicts of its time even as it offers an unusual and compelling perspective on the historical moment it reflects.
Elizabeth Stoddard (1823–1902) was the author of three novels, including The Morgesons and Temple House, as well as short fiction, poetry, and newspaper editorials. Jennifer Putzi is an assistant professor in the Department of English and Women’s Studies Program at the College of William and Mary. She is the author of Identifying Marks: The Marked Body in Nineteenth-Century American Literature.
What is included with this book?