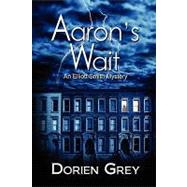 Elliott Smith's latest restoration project is a beautiful old six-unit apartment building. Unfortunately for Elliott, he discovers that Aaron Stiles, one of the tenants, has been dead for four years and doesn't know it. His partner, Bill Somers, left for work one morning and never returned. Devastated to think that Bill might have left him. Aaron suffered a heart attack and died. But he is still waiting for Bill to come home, and unless Elliott can convince him otherwise, he's not going anywhere until that happens-or until Elliott can figure out which of the people most interested in seeing Bill dead killed him.
What is included with this book?