The Arc (The Third Book of The Loop Trilogy) 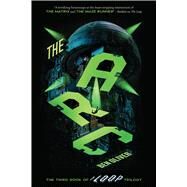 In the final installment of critically acclaimed Loop trilogy, all of humanity hinges on the greatest escape yet.

All hope has seemingly been executed.

Despite the fact that the truth of their oppressive leaders had been revealed to them, the crowd of Alts cheer as life drained from the boy.

But one Alt, Chester Chilly Beckett, did not celebrate; his eyes have been opened to the truth. The corpse is dragged away, but Chester remains determined to find out what is going on in the Laboratory on the 65th floor.

There, he'll find three subjects tortured in an attempt to extract a regeneration formula and one of the subjects is, impossibly, a face he never thought he'd seen again. A bold escape sets in motion a race against time as Happys plans to release planet-eating nano-bots into the world draw nearer. The Loop team must reassemble, survive Happys final attempts to rid the world of the rebels, and figure out how to halt the apocalypse before humanity is destroyed.

Benjamin Oliver grew up in Scotland and began writing long before he could spell. He attended the University of Stirling where he studied English but spent most of his time trying to write a novel. Benjamin's first short story was published when he was eighteen, and since then he's been published in over a dozen literary magazines and anthologies. Fueled by astounding amounts of coffee, Benjamin completed The Loop -- his first full-length YA manuscript -- in Edinburgh, where he currently lives and teaches English at secondary school.
What is included with this book?