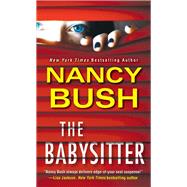 The whispers may scare you . . .
In River Glen, Oregon, rumors are spreading about the Babysitter Stalker. One victim was fatally stabbed. A second fell—or was pushed—from a rooftop deck. High school sophomore Jamie Whelan, scheduled to watch the Ryerson twins tonight, isn’t worried. She’s more interested in the party she’ll go to later, as soon as her sister Emma arrives to take over babysitting duties. But nothing goes according to plan . . .

But the truth . . .
Twenty years after that night’s vicious attack, Emma remains scarred in body and mind. Jamie, back in River Glen after their mother’s death, still feels guilty over trading places that fateful evening. Then suddenly another young babysitter is attacked. Jamie, with a teenage daughter of her own, fears something much more twisted than coincidence.

Is even more terrifying . . .
Is this new nightmare connected with those long-ago crimes? Emma’s fractured memories may contain the answer. But the deeper Jamie digs, the darker the secrets waiting to be uncovered—and avenged . . .
NANCY BUSH is the New York Times and USA Today bestselling author of Bad Things, Jealousy, Dangerous Behavior, The Killing Game, You Don’t Know Me, Nowhere Safe, Nowhere to Hide, Nowhere to Run, Hush, Blind Spot, Unseen, as well as Wicked Ways, Something Wicked, Wicked Game, and Wicked Lies, in the Colony series co-written with her sister, bestselling author Lisa Jackson. She is also the co-author of Sinister and Ominous, written with Lisa Jackson and New York Times bestselling author Rosalind Noonan. Nancy lives with her family in the Pacific Northwest. Readers can visit her website at www.nancybush.net.
What is included with this book?