The Joker makes his long-awaited return to Neo-Gotham--and no one is safe! Decades after his last fight with the Dark Knight, the Clown Prince of Crime returns home to take his city back once and for all.

THE JOKER HAS RETURNED!

Neo-Gotham is a shining city of tomorrow. Thanks to the efforts of Terry McGinnis, the Batman of the future, the city has moved beyond its sordid past as Gotham City. Now, to celebrate his father's 100th birthday, Bruce Wayne is coming out of seclusion to dedicate the opening of the Wayne Family Center of Tomorrow, which will be the centerpiece of Neo-Gotham's bright future.

But someone doesn't like the Neo-Gotham that the new Wayne Family Center symbolizes. He doesn't like the relative safety, or the way that old Gotham has been swept under the rug. And he hates the Jokerz gangs that are horning in on his act. The Joker is back... and he's going to put a stop to all of it.

Now it's up to Terry to suit up as Batman and stop The Joker once more, along with his brand-new Robin--his younger brother, Matt. Can Batman and Robin stop The Joker from dragging Neo-Gotham back into the bad old days, or will Joker cut another Robin's career tragically short?

Collects Batman Beyond #25-30.
Dan Jurgens is a writer and artist most famous for creating the character Booster Gold, as well as for being one of the main forces behind "The Death of Superman." He has written and/or illustrated titles such as Justice League America, Captain America, The Sensational Spider-Man, Thor, Teen Titans, Aquaman, DC's Tangent imprint and the company-wide DC crossover known as Zero Hour. 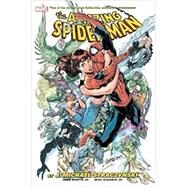