The Birth of the Penitentiary in Latin America: Essays on Criminology, Prison Reform and Social Control, 1830-1940 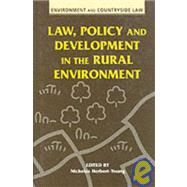 Opening a new area in Latin American studies, The Birth of the Penitentiary in Latin America showcases the most recent historical outlooks on prison reform and criminology in the Latin American context. The essays in this collection shed new light on the discourse and practice of prison reform, the interpretive shifts induced by the spread of criminological science, and the links between them and competing discourses about class, race, nation, and gender. The book shows how the seemingly clear redemptive purpose of the penitentiary project was eventually contradicted by conflicting views about imprisonment, the pervasiveness of traditional forms of repression and control, and resistance from the lower classes.The essays are unified by their attempt to view the penitentiary (as well as the variety of representations conveyed by the different reform movements favoring its adoption) as an interpretive moment, revealing of the ideology, class fractures, and contradictory nature of modernity in Latin America. As such, the book should be of interest not only to scholars concerned with criminal justice history, but also to a wide range of readers interested in modernization, social identities, and the discursive articulation of social conflict. The collection also offers an up-to-date sampling of new historical approaches to the study of criminal justice history, illuminates crucial aspects of the Latin American modernization process, and contrasts the Latin American cases with the better known European and North American experiences with prison reform.
What is included with this book?