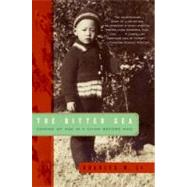 Born near the beginning of World War II, Li Na was the youngest son of a wealthy Chinese government official. He saw his father jailed for treason and his family's fortunes dashed when Chiang Kai-shek's Nationalists came to power in 1945. He watched from his aunt's Shanghai apartment as the Communist army seized the city in 1948. He experienced the heady materialism of the decadent foreign "white ghosts" in British Hong Kong and starved within the harsh confines of a Communist reform school. Over the course of twenty-one tumultuous years, he went from Li Na, the dutiful Chinese son yearning for a stern, manipulative father's love, to Charles, an independent Chinese American seeking no one's approval but his own.Lyrical and luminous, intense and extraordinary, The Bitter Sea is an unforgettable true story of a young man, his father, and his country.
Charles N. LI recently retired from the University of California, Santa Barbara, where he was dean of the graduate division and a professor of linguistics. He lives in Santa Barbara with his wife.
The Bitter Sea
Coming of Age in a China Before Mao

To say that my father and I began our relationship on the wrong foot in Hong Kong in 1950 would be a gross understatement.

Both of us bristled with anger and hostility; each of us harbored resentment for the other; and, perhaps most important of all, both of us detested living in a British colony.

Hong Kong was one of the last vestiges of a vanishing British Empire, a place where every Briton, regardless of education and profession, pretended to be an aristocrat. For the Brits, going to an Asian or African colony was akin to being elevated to the House of Lords, if only in exile, of course. But the fringe benefits and pay in said exile far exceeded those belonging to the real House of Lords back in England. Goaded by servile sycophants and surrounded by fawning servants, they wallowed in arrogance, power, and luxury. The worst thing that could happen to a Brit in Hong Kong was to be sent home.

Father, too, was in exile of a sort. By contrast, in his home country of China he had been a man of high status—a once-powerful government official whose opinions had been respected and whose good favor had been sought. His exile was far from being luxurious or pleasant, like that of the British. He was a colonial subject and he resented every demeaning minute of this status.

For my part, before arriving in Hong Kong, I had spent one carefree year in the squalid Nanjing slums, and four pleasant years in the French concession in Shanghai—all safely distant from Father's heavy hand and disapproving glare. Those were happy times for me, especially the year in the slum. Moving to Hong Kong was yet another displacement imposed on me by my elders. I was ten and blamed Father for taking me away from all that was familiar and comforting.

But Father had a million more reasons than I to be angry and frustrated. He was a northerner, ill-equipped to adapt to the Cantonese environment, and he despised everything around him in Hong Kong: people he didn't care for, a language he didn't speak, a culture he didn't understand, and colonial overlords he resented. Unlike the Brits and (though he didn't know it at the time) unlike me, he could never go back to China, his home.

My relationship with my father had been testy from my earliest memory. There in the tropical colony, he and I were destined to continue a wary pas de deux, each of us increasing the other's irritations and disappointments. His were expressed in both words and action; mine were covert and secret. It was the rule of life: a son is not permitted to harbor, much less demonstrate, unhappiness with his father. Not so long ago in China a father could order a son to commit suicide, and the son would dutifully comply.

I was born in 1940. Until I was five, I lived in Father's giant mansion in Nanjing.

Father's mansion was surrounded by tall brick walls in a grim shade of dark gray. From the streets, the walls made the entire compound look like a prison. Even more suggestive of a penitentiary was the gate: made of solid iron, it was formidable, forbidding, consisting of two halves with a small door on one side for pedestrians. When both halves of the gate opened up, a bus could pass through with room to spare.

Inside the gate, a row of stately Roman cypresses shielded a meticulously maintained garden from the driveway. The garden was dominated by a spacious, manicured lawn with geometrically shaped borders of colorful flowers; in the center, an ornate, circular fountain with four full-length figures of Apollo, each carved from granite, spouted water from their mouths. The living room of the mansion opened onto the garden through a large veranda and descending marble steps. Behind the mansion were two separate buildings that housed an enormous kitchen and the living quarters for more than a dozen servants.

I was strictly forbidden to step out of the compound—a rule laid down by Father and enforced by the armed guard sitting in the little guard-house by the enormous metal doors. Even when I got sick, I didn't go out. A doctor came to the mansion to treat me instead.

Hating this confinement is my first childhood memory.

My five siblings, all of whom were many years older than I, went out every day—albeit to their schools, and in limousines, accompanied by bodyguards who were charged with the dual responsibilities of guarding them and preventing them from leaving their school grounds. Bodyguards notwithstanding, they went out of the mansion every morning, chattering, jostling, and laughing. I didn't. This difference brought my confinement to focus in my earliest memory. No reason or explanation was ever given why I couldn't go out.

Naturally inquisitive, I became even more curious about the world beyond the forbidden gray walls because of the restriction imposed on me. During a stroll inside the compound one day, I told my nanny that I was going behind a big tree to urinate. Instead, out of her sight, I tried to get on top of the wall. A large banyan tree, its trunk consisting of a tangled lattice of thick roots that grew vertically from its branches downward into the soil, stood next to the gray wall. The numerous roots were an invitation for me to scale the top of the wall. Scrambling and scrabbling, my small fingers gripping two vertical roots tightly and my feet pushing desperately against nearby columns, I managed to reach a large trunk and crossed over to the top of the wall.

But the wall was too high for me to jump down to the outside ground. Nai-ma, my beloved nanny, came looking for me while I was still sitting astride it, yearning for the tantalizing world beyond. When I turned to look down at her I saw her lips move as if to say something, but no sound came out. Instead, she held her hands to her face for a brief moment. When she took her hands away, her cheeks were pale and her eyes large and dark.

The Bitter Sea
Coming of Age in a China Before Mao. Copyright © by Charles Li. Reprinted by permission of HarperCollins Publishers, Inc. All rights reserved. Available now wherever books are sold.

Excerpted from The Bitter Sea: Coming of Age in a China Before Mao by Charles N. Li
All rights reserved by the original copyright owners. Excerpts are provided for display purposes only and may not be reproduced, reprinted or distributed without the written permission of the publisher.