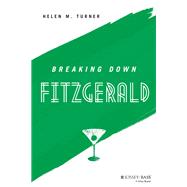 A practical guide to F. Scott Fitzgerald's works for middle and secondary students

F. Scott Fitzgerald was an American novelist, essayist, and writer best known for his glamourous novels that detailed life in America's Jazz Age—a term which he popularized. Throughout his career, Fitzgerald published four novels, four collections of short stories, and 164 short stories in magazines. His work commonly focused on themes of ambition and loss, money and class, and the promise and disappointment of America and its vaunted dream. In his lifetime, Fitzgerald gained fame for his The Great Gatsby and This Side of Paradise. Today, his works are taught in middle and high school classrooms throughout the United States and worldwide.

Breaking Down Fitzgerald provides readers with an overview of Fitzgerald's life and investigates the composition, characters, themes, symbols, language, and motifs in his work and their relation to contemporary society. Author Helen Turner clarifies some essential facts about F. Scott Fitzgerald's life and addresses important themes found in his novels and short stories. As readers explore the literary and cultural context of Fitzgerald's works, they develop a firm appreciation of Fitzgerald's role in modern literature and why he is considered one of the greatest American writers of the 20th century.

This book is a primer for younger or new Fitzgerald readers and a welcome addition to the toolbox used by educators, parents, and anyone interested in or studying F. Scott Fitzgerald's life and work.

The First World War and Its Aftermath 19

Modernism and a Changing Literary Landscape 22

The United States versus Europe 28

This Side of Paradise: Composition 37

This Side of Paradise: Synopsis 40

The Beautiful and Damned: Composition 42

The Beautiful and Damned: Synopsis 43

The Valley of Ashes 58

Tender Is the Night: Composition 78

Tender Is the Night: Synopsis 80

Tender Is the Night: Interpretations 83

The Last Tycoon: Reflections on an Unfinished Novel 85 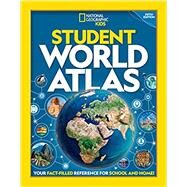