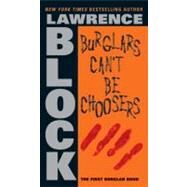 A handful of minutes after nine I hoisted my Bloomingdale's shopping bag and moved out of a doorway and into step with a tall blond fellow with a faintly equine cast to his face. He was carrying an attaché case that looked too thin to be of much use. Like a high-fashion model, you might say. His topcoat was one of those new plaid ones and his hair, a little longer than my own, had been cut a strand at a time.

"We meet again," I said, which was an out-and-out lie. "Turned out to be a pretty fair day after all."

He smiled, perfectly willing to believe that we were neighbors who exchanged a friendly word now and then. "Little brisk this evening," he said.

I agreed that it was brisk. There wasn't much he might have said that I wouldn't have gladly agreed with. He looked respectable and he was walking east on Sixty-seventh Street and that was all I required of him. I didn't want to befriend him or play handball with him or learn the name of his barber or coax him into swapping shortbread recipes. I just wanted him to help me get past a doorman.

The doorman in question was planted in front of a seven-story brick building halfway down the block, and he'd been very nearly as stationary as the building itself during the past half-hour. I'd given him that much time to desert his post and he hadn't taken advantage of it, so now I was going to have to walk right past him. That's easier than it sounds, and it's certainly easier than the various alternatives I'd considered earlier -- circling the block and going through another building to get into the airshaft behind the building I wanted, doing a human fly act onto the fire escape, torching my way through steel grilles on basement or first-floor windows. All of those things are possible, I suppose, but so what? The proper method is Euclidean in its simplicity: the shortest route into a building is through its front door.

I'd hoped that my tall blond companion might be a resident of the building himself. We could have continued our conversation, such as it was, right through the lobby and onto the elevator. But this was not to be. When it was clear that he was not going to turn from his eastward course I said, "Well, here's where I get off. Hope that business in Connecticut works out for you."

This ought to have puzzled him, as we hadn't talked about any business in Connecticut or elsewhere, but perhaps he assumed I'd mistaken him for someone else. It hardly mattered. He kept on walking toward Mecca while I turned to my right (toward Brazil), gave the doorman a quick unfocused nod and smile, warbled a pleasant "Good evening" at a gray-haired woman with more than the traditional number of chins, chuckled unconvincingly when her Yorkie made snapping sounds at my heels, and strode purposefully onto the self-service elevator.

I rode to the fourth floor, poked around until I found the stairway, and walked down a flight. I almost always do this and I sometimes wonder why. I think someone must have done it in a movie once and I was evidently impressed, but it's really a waste of time, especially when the elevator in question is self-service. The one thing it does is fix in your mind where the stairs are, should you later need them in a hurry, but you ought to be able to locate stairs without scampering up or down them.

On the third floor, I found my way to Apartment 311 at the front of the building. I stood for a moment, letting my ears do the walking, and then I gave the bell a thorough ring and waited thirty thoughtful seconds before ringing it again.

And that, let me assure you, is not a waste of time. Public institutions throughout the fifty states provide food and clothing and shelter for lads who don't ring the bell first. And it's not enough just poking the silly thing. A couple of years back I rang the bell diligently enough at the Park Avenue co-op of a charming couple named Sandoval, poked the little button until my finger throbbed, and wound up going directly to jail without passing Go. The bell was out of order, the Sandovals were home scoffing toasted English muffins in the breakfast nook, and Bernard G. Rhodenbarr soon found himself in a little room with bars on the windows.

This bell was in order. When my second ring brought no more response than my first, I reached a hand beneath my topcoat -- last year's model, not plaid but olive -- and drew a pigskin case from my trouser pocket. There were several keys in the case and several other useful things as well, these last made of the finest German steel. I opened my case, knocked on the door for luck, and set to work.

A funny thing. The better your building, the higher your monthly rental, the more efficient your doorman, why, the easier it's going to be to crack your apartment. People who live in unattended walkups in Hell's Kitchen will fasten half a dozen deadbolt locks to their doors and add a Segal police lock for insurance. Tenement dwellers take it for granted that junkies will come to kick their doors in and strong-arm types will rip the cylinders out of their locks, so they make things as secure as they possibly can. But if the building itself is so set up as to intimidate your garden variety snatch-and-grab artist, then most tenants make do with the lock the landlord provides.

In this case the landlord provided a Rabson ...

Excerpted from Burglars Can't Be Choosers by Lawrence Block
All rights reserved by the original copyright owners. Excerpts are provided for display purposes only and may not be reproduced, reprinted or distributed without the written permission of the publisher.