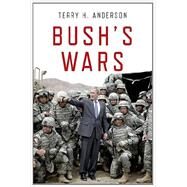 From journalistic accounts likeFiascoandImperial Life in the Emerald Cityto insider memoirs likeJawbreakerandThree Cups of Tea, the books about America's wars in Iraq and Afghanistan could fill a library. But each explores a narrow slice of a whole: two wars launched by a single president as part of a single foreign policy. Now noted historian Terry H. Anderson examines them together, in a single comprehensive overview. Shortly after the terrorist attacks of September 11, 2001, President George W. Bush told advisor Karl Rove, "I am here for a reason, and this is how we're going to be judged." Anderson provides this judgment in this sweeping, authoritative account of Bush's War on Terror and his twin interventions. He begins with historical surveys of Iraq and Afghanistan known respectively as "the improbable country" and "the graveyard of empires," and he examines U.S. policies toward those and other nations in the Middle East from the 1970s to 2000. Then Anderson focuses on the Bush Administration, carrying us through such events as the terrorist's attacks of 9/11, the invasion of Afghanistan and the siege of Tora Bora, the "Axis of Evil" speech, the invasion of Iraq and capture of Baghdad, and the eruption of insurgency in Iraq. He ranges from RPGs slamming into Abrams tanks to cabinet meetings, vividly portraying both soldiers in the field and such policymakers as Dick Cheney and Condoleezza Rice. Anderson describes the counter-insurgency strategy embodied by the "surge" in Iraq, and the simultaneous revival of the Taliban. He concludes with an assessment of the prosecution of the wars in the first years of Barack Obama's presidency. Carefully researched and briskly narrated,Bush's Warsprovides the single-volume, balanced history that we have been waiting for.

Terry H. Anderson is Professor of History at Texas A&M University. A Vietnam veteran, he has taught in Malaysia and Japan, and was a Fulbright professor in China and the Mary Ball Washington Professor of American History at University College, Dublin. His is the author of numerous articles on the 1960s and the Vietnam War, co-author of A Flying Tiger's Diary, and author of The United States, Great Britain and the Cold War, 1944-1947; The Movement and the Sixties; The Pursuit of Fairness: A History of Affirmative Action; and numerous editions of The Sixties.
What is included with this book? 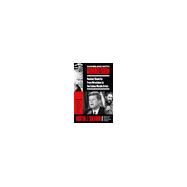 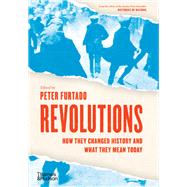