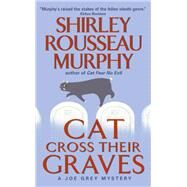 The beautiful, serene village of Molena Point, California is the type of place where people go to get away from the harsher realities of lifewhich is what attracted classic film star Patty Rose to buy the village inn, and settle down to enjoy her golden years. But as the town gathers to celebrate and honor the beautiful, aging actress with a festival of her old films, Patty is brutally murderedto the horror and shock of this peaceful burg. A gentle tortoiseshell cat, Kit, has been enjoying a retreat to the animalloving actress's inn, where she's spending time with her feline friends Dulcie, and the slick tomcat sleuth, Joe Grey. But her relaxation is cut short when she hears the gunshots that end Patty's life, and sees her dead body sprawled on the inn's front steps. She glimpses the killer racing into the parking garage, and soon follows his trail. Joe and Dulcie must now follow the naIve Kit's trail, and keep her from getting into serious trouble. To complicate matters, Joe discovers that Dulcie has been hiding a runaway childone of the lucky humans that these special cats choose to talk towho has now been kidnapped, likely by the same man who killed their famous friend. In the end, the little girl's abduction leads them to Patty's killer, and the feline friends are all unitedbut they all must mourn a departed friend as they stand beside the newly laid grave of Patty Rose.
What is included with this book?

Up the Molena Point hills where the village cottages stood crowded together, andtheir back gardens ended abruptly at the lip of the wild canyon,a row of graves lay hidden. Concealed beneath tangled weedsand sprawling overgrown geraniums, there was no stone tomark the bodies. No one to remember they were there saveone villager, who kept an uneasy silence. Who nursed a vigil ofdread against the day the earth would again be disturbed andthe truth revealed. On winter evenings the shadow of the tall,old house struck down across the graves like a long blackarrow, and from the canyon below, errant winds sang to thesmall, dead children.

There had been no reports for a dozen years of unexplaineddisappearances along the central California coast, not even ofsome little kid straying off to turn up at suppertime hungry anddirty and unharmed. Nor did the three cats who hunted thesegardens know what lay beneath their hurrying paws. Though asthey trotted down into the canyon to slaughter wood rats, leapingacross the tangled flower beds, sometimes tabby Dulcie would pause to look around her, puzzled, her skin rippling withan icy chill. And once the tortoiseshell kit stopped stone still asshe crossed the neglected flower bed, her yellow eyes growinghuge. She muttered about a shadow swiftly vanishing, a childwith flaxen hair. But this kit was given to fancies. Joe Grey hadglanced at her, annoyed. The gray tom was quite aware thatfemale cats were full of wild notions, particularly the tattercoatkit and her flights of fancy.

For many years the graves had remained hidden, the bodiesabandoned and alone, and thus they waited undiscovered onthis chill February night. The village of Molena Point wasawash with icy, sloughing rain and shaken by winds thatwhipped off the surging sea to rattle the oak trees and scour thevillage rooftops. But beneath the heavy oaks and the solid shinglesand thick clay tiles, within scattered cottages, sitting roomswere warm, lamps glowed and hearth fires burned, and all wassafe and right. But many cottages stood dark. For despite thestorm, it seemed half the village had ventured out, to crowd intoMolena Point Little Theater for the week-long Patty Rose FilmFestival. There, though the stage was empty, the darkened theaterwas filled to capacity. Though no footlights shone andthere was no painted backdrop to describe some enchantedworld and no live actors to beguile the audience, not a seat wasvacant.

Before the silent crowd, the silver screen had been loweredinto place from the high, dark ceiling, and on it a classic filmrolled, a black-and-white musical romance from a simpler,kinder era. Old love songs filled the hall, and old memories forthose who had endured the painful years of World War II, whenPatty's films had offered welcome escape from the disruptionsof young lives, from the wrenching partings of lovers.

For six nights, Molena Point Little Theater audiences hadbeen transported, by Hollywood's magic, back to that gentlertime before X-ratings were necessary and audiences had to sit through too much carnage, too much hate, and the obligatorybedroom scene. The Patty Rose Film Festival had drawn all thevillage back into that bright world when their own Patty wasyoung and vibrant and beautiful, riding the crest of her stardom.

Every showing was sold out and many seats had been soldagain at scalpers' prices. On opening night Patty herself, noweighty-some, had appeared to welcome her friends; it was asmall village, close and in many ways an extended family. PattyRose was family; the blond actress was still as slim and charmingas when her photographs graced every marquee and magazinein the country. She still wore her golden hair bobbed, inthe style famous during those years, even if the color was added;her tilted nose and delighted smile still enthralled her fans. Toher friends, she was still as beautiful.

When Patty retired from the screen at age fifty and movedto Molena Point, she could have secluded herself as many starsdo, perhaps on a large acreage up in Molena Valley where acelebrity could retain her privacy. She had, instead, boughtOtter Pine Inn, in the heart of the village, and moved into oneof its third-floor penthouses, had gone quietly about her everydaybusiness until people quit gawking and sensibly refrainedfrom asking for autographs. She loved the village; she walkedthe beach, she mingled at the coffee shop, she played with thevillage dogs. She soon headed up charity causes, ran benefits,gave generously of her time and her money.

Two years ago she had bought an old historic mansion inneed of repair, had fixed it up and turned it into a home fororphaned children. “Orphans' home” was an outdated term butPatty liked it and used it. The children were happy, they wereclean and healthy, they were well fed and well educated. Eightytwopercent of the children went on to graduate from college.Patty's friends understood that the home helped, a little bit, tofill the dark irreparable void left by the death of Patty's daughter and grandson. Between her civic projects and the children'shome, and running the inn, Patty left herself little time forgrieving.

She took deep pleasure in making the inn hospitable. OtterPine Inn was famous for its cuisine, for its handsome and comfortableaccommodations, and for the friendly pampering of itsguests. It was famous indeed for the care that Patty extended totravelers' pets. There are not so many hotels across the nationwhere one's cats and dogs are welcome. Otter Pine Inn offeredeach animal velvet cushions by a window, a special menu ofmeaty treats, and free access to the inn's dining patio whenaccompanied by a human ...

Excerpted from Cat Cross Their Graves by Shirley Rousseau Murphy
All rights reserved by the original copyright owners. Excerpts are provided for display purposes only and may not be reproduced, reprinted or distributed without the written permission of the publisher.