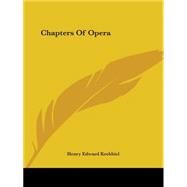 In the sometimes faulty and incomplete records of the American stage to which writers on musical history have hitherto been forced to repair, 1750 is set down as the natal year for English ballad opera in America. It is thought that it was in that year that "The Beggar's Opera" found its way to New York, after having, in all probability, been given by the same company of comedians in Philadelphia in the middle of the year preceding. But it is as little likely that these were the first performances of ballad operas on this side of the Atlantic as that the people of New York were oblivious of the nature of operatic music of the Italian type until Garcia's troupe came with Rossini's "Barber of Seville," in 1825.
What is included with this book?