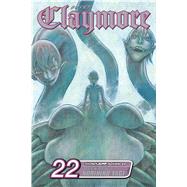 Rebel Claymores, the Organization that created them, and a host of reanimated top-level warriors clash with savage intensity. The Claymores’ demonic impulses are provoked, threatening to destroy their human consciousnesses. Meanwhile, Hysteria, animated by blind vengeance, grows stronger with each attack against her. Is it possible that the rebels will be defeated by their long-dead comrades?
Norihiro Yagi won the 32nd Akatsuka Award for his debut work, UNDEADMAN, which appeared in Monthly Shonen Jump magazine and produced two sequels. His first serialized manga was his comedy Angel Densetsu (Angel Legend), which appeared in Monthly Shonen Jump from 1992 to 2000. His epic saga, Claymore, is running in Monthly Jump Square magazine.
What is included with this book?