The Conquest of New Spain

Vivid, powerful and absorbing, this is a first-person account of one of the most startling military episodes in history: the overthrow of Montezuma's doomed Aztec empire by the ruthless Hernan Cortes and his band of adventurers. Bernal Diaz del Castillo, himself a soldier under Cortes, presents a fascinatingly detailed description of the Spanish landing in Mexico in 1520, their amazement of the city, the exploitation of the natives for gold and other treasures, the expulsion and flight of the Spaniards, their regrouping and eventual capture of the Aztec capital. Though written over five hundred years ago, The Conquest of Spain has a compelling immediacy that brings the past and its characters to life and offers a unique eye-witness view of the conquest of one of the greatest civilisations in the New World. J. M. Cohen's translation is supplemented by an introduction and maps of the conquered territory.
What is included with this book? 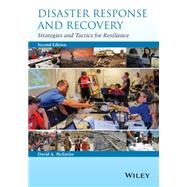