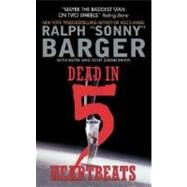 The noholdsbarred first novel from Sonny Barger, author of the New York Times bestseller Hell's Angel. The mass market edition will be an ideal format for Sonny's legions of fans. a?!tcha??inkade thought that things were winding down. The former President of the Infidelz, the most powerful motorcycle club in Northern California, Patch has drifted east, hoping to start a new life in Arizona. He wants to forget his old life, a life where being the President of the Infidelz cost him his family. Now, he is responsible for no one but himself. But everything changes one night in Nevada, as bad blood between members of the Infidelz and a rival club, the 2Wheelers, errupts into a firefight, littering a casino with the corpses of both club members and ordinary citizens. The newspapers call it a??ke Wars,a?!nd Patch knows he's needed, either to help make a peaceor win a war. Responding to the call to duty, Patch straps on his knives and wipes the dust off his Harley, ready to cruise down the highway for what could be his final ride.
Dead in 5 Heartbeats

Trader's Roadhouse was bike-friendly and colors-welcome, a neutral hangout for riders of all stripes. It was a gigantic rectangular Quonset playground that sat on the dusty city limits of Hayward, California, a small blue-collar town a dozen miles southeast of the Oakland flatlands.

The joint was shaking wall-to-wall, shoulder to shoulder at Trader's Thursday Bike Nite. Topic A screaming over the cavernous din among the men propping up the long mahogany bar: Which Johnny Cash "prison" album kicked it more? At Folsom or At San Quentin?

An assortment of barroom anthems played as customers jammed the jukebox and voted with their quarters. A wide variety emerged: Willie's "My Heroes Have Always Been Cowboys" followed by Kid Rock's "American Bad Ass." Arthur Conley's "Sweet Soul Music" flowed into "Sweet Child o' Mine" by Guns N' Roses. No logical pattern, just a mishmash of rock, soul, and renegade country. Sweet musical chaos. Since this was California, the only missing barroom ingredient was the stale smell of cigarette smoke.

The loud crack of the opening break of a rack of pool balls pierced the bar's ambience, followed by the unmistakable deep thunk of the first cluster of balls rolling toward their not-so-final resting place below the green felt playing surface.

A muted television set mounted up behind the bar broadcast an A's-Tigers game but was roundly ignored. Motorcycle memorabilia was plastered throughout Trader's, with Easyriders pinups, a mural-sized David Mann painting, tools, wrenches, and scooter parts hanging from the walls. Entire bikes were suspended from the ceiling.

The blonde behind the fryer was doing bang-up business. She handed out red plastic baskets of deep-fried zucchini, jalapeño poppers, chili bacon burgers, and cheese fries to the waitresses as fast as they came off the grill and out of the grease. Popular American brews, assorted premium lagers, and Mexican beers were sold on tap. Top-shelf whiskey, single malts, and Mexicano tequila brands moved briskly off the back line while fancy liqueurs gathered dust behind the plank. Suicidal mixed drinks were served in Ball mason jars. Customers ate peanuts and threw the shells on the floor.

The "male–female ratio" was impressive for a weeknight, close to fifty–fifty. There were more than enough eye-catching, mostly divorced, Chardonnay-chugging honeys with their 2.2 kids back home sleeping. They were the bait that lured the many buff bad boys on motorcycles to Trader's. These guys figured they had a better–than–fifty–fifty chance of scoring some decent tail before the weekend hordes invaded the place. The closer the clock came to striking two A.M., the stiffer and wetter the talk progressed, and the more coinage the condom machines in the men's room took in. After all, Trader's was "pro-choice." Ribbed, regular, and whiskey flavored were the most popular.

A dozen miles away, down a darkened road, a lone motorcyclist was headed in Trader's direction. Wearing his beanie helmet, he looked up from the darkness of the roadway and watched the stars punch their sparkle through the sky. Marco was supposed to meet up with a couple of his club brothers from the Infidelz MC. One by one, each rider had opted out. Marco made the trip anyway. He'd earned his Infidelz patch less than three weeks ago. He was in "any excuse to ride" mode. Nothing was going to stop him from throttling his FXR through the wind and enjoying a cool summer breeze on two wheels.

Marco was glad he hadn't stayed behind in Oakland. He needed a putt away from the ball and chain and the screaming kids. How could his brothers miss riding on such a night? The patch on his back, orange and black on a clean white background, seemed to add power to his glide and pride to his posture. After a few pops, maybe he'd head back into Oakland to the Infidelz clubhouse and drink beer with his buddies until dawn.

Thursday Bike Nite at Trader's, for better or for worse, was primarily a "1%er" night out. Depending on who you asked or how you looked at bike riding, a 1%er was either the baddest of the bad bikers, the cream of the riding world, or the 1 percent that gave all motorcyclists a shady rep. One thing was true -- 1%ers didn't give a shit about the reputations of the other 99 percent who rode. The remaining 99 percent of the area's bikers -- law-abiding Rich Urban Bikers (RUBs), rice rocket daredevils, and weekend Harley riders -- were safe at home in front of their TVs watching late-night CSI reruns.

The crowd at Trader's was divided mostly into four 1%er factions: patch-wearing MC (motorcycle club) members, their prospects (would-be members), supporters (friends and family), and hang-arounds (those thinking about prospecting for an MC). The three clubs drinking that night were the 2Wheelers, the Gun Runners, and Soul Sacrifice, the latter a racially mixed club. A leather-clad group of independent riders and a few HOGs (Harley Owners Groups) hung around the bar and minded their own business.

In theory, everyone got along. In practice, it didn't always work out that way.

It all started when Too Tall from the Soul Sacs smacked into Shadow from the Gun Runners. Both had been drinking steadily since early evening. Shadow's temper was short-fused enough so that when Too Tall trod on Shadow's expensive footwear, spilling beer, their tempers flared."Watch yer black ass, boy," muttered Shadow the Gunner. He brushed the beer off his pants, then gazed down at the silver-dollar-size droplet as it seeped into his brand-new light tan Tony Lama ostrich-skin cowboy boots.

Dead in 5 Heartbeats. Copyright © by Sonny Barger. Reprinted by permission of HarperCollins Publishers, Inc. All rights reserved. Available now wherever books are sold.

Excerpted from Dead in 5 Heartbeats by Ralph "Sonny" Barger
All rights reserved by the original copyright owners. Excerpts are provided for display purposes only and may not be reproduced, reprinted or distributed without the written permission of the publisher.