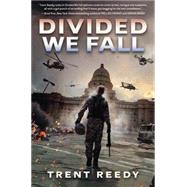 "DIVIDED WE FALL delivers cover-to-cover action, intrigue and suspense, all with a gut-punch of an ending that'll leave you begging for the next installment." -- Brad Thor, author of THE LAST PATRIOTDanny Wright never thought he'd be the man to bring down the United States of America. In fact, he enlisted in the Idaho National Guard because he wanted to serve his country the way his father did. When the Guard is called up on the governor's orders to police a protest in Boise, it seems like a routine crowd-control mission ... but then Danny's gun misfires, spooking the other soldiers and the already fractious crowd, and by the time the smoke clears, twelve people are dead. The president wants the soldiers arrested. The governor swears to protect them. And as tensions build on both sides, the conflict slowly escalates toward the unthinkable: a second American civil war.With political questions that are popular in American culture yet rare in YA fiction, and a provocative plot that asks what happens when the states are no longer united, Divided We Fall is Trent Reedy's very timely YA debut.
Trent Reedy is the author of WORDS IN THE DUST, winner of the Christopher Medal and an Al Roker's Book Club pick on the Today Show, and STEALING AIR. Trent and his wife live in Spokane, Washington. Please visit his website at www.trentreedy.com.