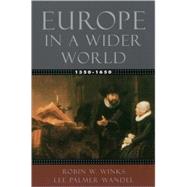 Between roughly 1350 and 1650, Europe underwent seismic changes in economics, politics, culture, and religion. Feudal monarchies were reconceived as abstract states. The new technology of the printing press transformed how information was disseminated, bringing texts to different socialgroups. Painters perfected the artifice of perspective for an increasingly commercial patronage, even as they themselves cultivated the value of their own "genius" through increasingly distinctive styles and visions. Reformers called into question 1500 years of tradition, splitting the One TrueChurch into multiple churches. In the midst of all these changes, Europeans reached farther and farther out into a world they did not yet dominate, even as they lived uneasily under the shadow of an expansionist Islamic Mediterranean. Indeed, that wider world was inseparable from those seismicchanges in the political and cultural landscape of Europe. Europe in a Wider World, 1350-1650 offers a concise discussion of these events and the impact they had upon an evolving European society. It provides a clear outline of political events and a lively exploration of developments in the social and cultural landscape. Along with traditional themes,such as Protestantism, the book examines the changing roles of European women and the effects of environmental fluctuation on the history of the continent. By looking at these years as a whole, the authors attempt to restore interconnections among events that are often lost when the time period isviewed through the double categories of "The Renaissance" and "The Reformation." Illustrated with nine detailed maps and twenty-four images, and offering chapter summaries and a chronology to aid students, this text is ideal for undergraduate courses in early modern European history. 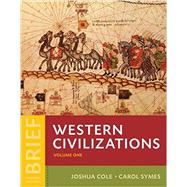 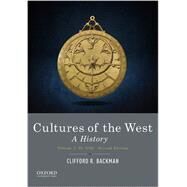 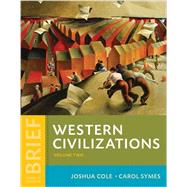