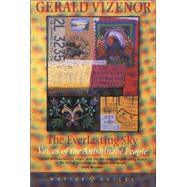 Gerald Vizenor has been a significant force in Native American literature and criticism for over thirty years. In this, his classic first book of essays, Vizenor presents a stark but vital view of reservation life in the late 1960s and early 1970s, a collection that Studies in American Indian Literatures called 'memorable portraits of real people who defied yet finally were overcome by the dominant society.' Focusing on the people of the northern reservations, particularly the White Earth Reservation where he grew up, Vizenor puts a human face on those desperate and politically charged times that saw frequent government intervention and the emergence of the American Indian Movement. In his trademark style, Vizenor juxtaposes these snapshots of contemporary life against images and dream sequences from Anishinabe folktales and ceremonies. In his new introduction, composed especially for this edition, Vizenor reflects on the changes that have occurred on the reservations in the last three decades and updates the lives of this fascinating and various cast of characters.
Gerald Vizenor, an enrolled member of the Minnesota Chippewa Tribe, is professor of Native American literature at the University of California, Berkeley
What is included with this book?