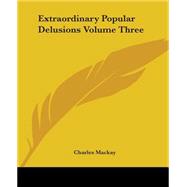 For more than a thousand years the art of alchymy captivated many noble spirits, and was believed in by millions. Its origin is involved in obscurity. Some of its devotees have claimed for it an antiquity coeval with the creation of man himself; others, again, would trace it no further back than the time of Noah. Vincent de Beauvais argues, indeed, that all the antediluvians must have possessed a knowledge of alchymy; and particularly cites Noah as having been acquainted with the elixir vitae, or he could not have lived to so prodigious an age, and have begotten children when upwards of five hundred.
What is included with this book?