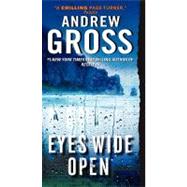 Jay Erlich's nephew has been found at the bottom of a cliff at Morrow Bay'a tragic suicide, it appears, until secrets from the past rear up again. Years ago, Jay's older brother, Charlie, a wayward child of the sixties, fell under the sway of a charismatic but deeply disturbed cult leader in California'a mesmerizing human monster who set a nightmare of violence into motion. Charlie moved on and raised a family, but the demons that nearly destroyed him never completely disappeared. Heading west to help his grieving brother, Jay finds himself being pulled back into Charlie's dark history. In a story of two brothers'one successful, the other outcast and troubled?Jay must put his family and life on the line to uncover the truth behind his brother's son's death, a dark and dangerous quest that threatens to bring up the secrets of the past once again . . . and plunge him over the edge into the depths of evil.