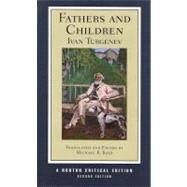 Translated by Constance Garnett.' As a piece of art Fathers and Children is the most powerful of all Turgenev's works. The figure of Bazarov is not only the political centre of the book, but a figure in which the eternal tragedy of a man's impotence and insignificance is realized in scenes of a most ironical human drama.' Edward Garnett
What is included with this book?