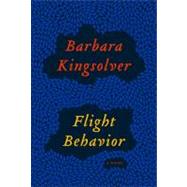 Always beloved, Kingsolver shot into the heavens with her last novel, The Lacuna, a booming best seller that also won the Orange Prize. Said to be her most accessible (but when wasnt she ever thus?), her new work features Dellarobia Turnbow, who dreamed of something bigger than Feathertown, TN, but married young and is now stuck raising kids on a hardscrabble farm. On the way to a rendezvous-her first break with life as it is-Dellarobia comes upon a forested glen filled with silent red fire. Fundamentalists, climate scientists, politicians, and the media mob all come to weigh in fervently on the cause and meaning of this phenomenon, as Dellarobia and her neighbors fend off the invasion. With a 500,000-copy first printing.Manchester.