From Roman Provinces to Medieval Kingdoms 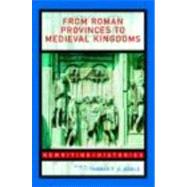 In 300 C.E. the Roman Empire stretched from Britain to Mesopotamia, from the North Sea to the Sahara Desert. A mere three hundred years later the Roman imperial structure was gone, replaced by a series of barbarian kingdoms that became the basis of Europe's eventual medieval and modern states. In this anthology Thomas F.X. Noble presents a collection of key articles, written by leading scholars over the last twenty years, that examine how and why the dominance of the Roman Empire ended and how new forms of government and society were established. Since the Renaissance, historians have tended to understand the events of the period in terms of a dramatic "decline and fall" of Rome. However, these revisionist essays provide an overview of how contemporary historians have furthered the debate, reassessing how abruptly the shift from Roman Empire to barbarian Europe occurred, and the origins and causes of the development of the Middle Ages and the new order. Rome played a key role in guiding thistransformation and these essays also include a wealth of material on the characteristics and experiences of the barbarian tribes, the relationships they forged with the Romans and how far their new kingdoms were influenced by Rome. With an accessible and informative introduction, and thorough editorial material accompanying each section,From Roman Provinces toMedieval Kingdomsis highly readable and informative compilation of current work and recent perspectives, making complex debates accessible to students and exposing them to the key debates surrounding the study of the era.
What is included with this book? 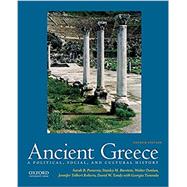