Fundamentalist U Keeping the Faith in American Higher Education Colleges, universities, and seminaries do more than just transfer knowledge to students. They sell themselves as "experiences" that transform young people in unique ways. The conservative evangelical Protestant network of higher education has been no different. In the twentieth century, when
higher education sometimes seemed to focus on sports, science, and social excess, conservative evangelical schools offered a compelling alternative. On their campuses, evangelicals debated what it meant to be a creationist, a Christian, a proper American, all within the bounds of Biblical
revelation. Instead of encouraging greater personal freedom and deeper pluralist values, conservative evangelical schools thrived by imposing stricter rules on their students and faculty.

In Fundamentalist U, Adam Laats shows that these colleges have always been more than just schools; they have been vital intellectual citadels in America's culture wars. These unique institutions have defined what it has meant to be an evangelical and have reshaped the landscape of American higher
education. Students at these schools have been expected to learn what it means to be an educated evangelical in a secularizing society. This book asks new questions about that formative process. How have conservative evangelicals hoped to use higher education to instill a uniquely evangelical
identity? How has this identity supported the continuing influence of a dissenting body of knowledge? In what ways has it been tied to cultural notions of proper race relations and proper relations between the sexes? And perhaps most important, how have students responded to schools' attempts to
cultivate these vital notions about their selves?

In order to understand either American higher education or American evangelicalism, we need to appreciate the role of this influential network of dissenting institutions. Only by making sense of these schools can we make sense of America's continuing culture wars.

Adam Laats is Professor of Education and History at Binghamton University. He is the author of several books, including The Other School Reformers: Conservative Activism in American Education (2015), winner of the History of Education Society's Outstanding Book Award, 2016. 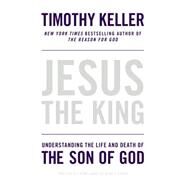