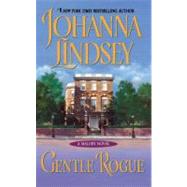 Heartsick and desperate to return home to America, Georgina Anderson boards the Maiden Anne disguised as a cabin boy, never dreaming she'll be forced into intimate servitude at the whim of the ship's irrepressible captain, James Mallory.The black sheep of a proud and tempestuous family, the handsome ex-pirate once swore no woman alive could entice him into matrimony. But on the high seas his resolve will be weakened by an unrestrained passion and by the high-spirited beauty whose love of freedom and adventure rivals his own.
What is included with this book?

Georgina Anderson held her spoon up backward, placed one of the pared-down radishes from her plate in the bowl of the spoon, pulled the tip back, and shot the radish across the room. She didn′t hit the fat cockroach she was aiming for, but she was close enough. The radish splattered on the wall only inches from her target, sending said target scampering for the nearest crack in the wall. Goal accomplished. As long as she couldn′t see the little beasts, she could pretend she wasn′t sharing accommodations with them.

She turned back to her half-eaten dinner, stared at the boiled food for a moment, then pushed the plate away with a grimace. What she wouldn′t give for one of Hannah′s rich, seven-course meals right about now. After twelve years as the Andersons′ cook, Hannah knew just what pleased each member of the family, and Georgina had been dreaming about her cooking for weeks, not surprising after a month of shipboard fare. She′d gotten only one good meal since she′d arrived in England five days ago, and that was the very night they docked, when Mac had taken her out to a fine restaurant just after they had checked into the Albany Hotel. They′d had to leave the Albany the very next day for much, much cheaper accommodations. But there was nothing else they could do after they returned to the hotel to find all their money missing from their trunks.

Georgie, as she was affectionately known to friends and family, couldn′t even in good conscience hold the hotel accountable, not when she and Mac had both been robbed, but from different rooms, even different floors. it was most likely accomplished while the trunks were together on that long ride from the docks on the East End to Piccadilly on the West End, where the prestigious Albany was located, when the trunks were strapped on top of the hack they had rented, with the driver and his helper up top with them, while she and Mac blithely ogled their first sight of London Town.

Talk about your lousy luck, and it hadn′t even started there. No, it started when they reached England last week and found out their ship couldn′t dock, that it might take anywhere up to three months before it was given quay space to unload its cargo. Passengers were more fortunate in that they could be rowed ashore. But they′d still had to wait several days before this was accomplished.

She shouldn′t have been surprised, however. She had known about the congestion problem on the Thames, a very big problem because ships came in seasonally, all being subject to the same unpredictable winds and weather. Her ship had been one of a dozen from America arriving at the same time. There were hundreds of others from all over the world. The appalling congestion problem was one of the reasons her family′s merchant line had kept London off its trade routes even before the war. Actually, a Skylark Line ship hadn′t been to London since 1807 when England began her blockade of half of Europe in her war with France. The Far Eastern and West Indies trade was just as profitable and far less troublesome for Skylark.

Even after her country had settled its differences with England with the signing of a treaty at the tail end of 1814, the Skylark Line stayed clear of the English trade, because the availability of warehousing was still a serious problem. More times than not, perishable cargoes had to be left on quayside, at the mercy of the elements and the thieves who stole a half million pounds of goods a year. And if the elements didn′t ruin perishable goods, then the coal dust that enveloped the whole port would.

It simply wasn′t worth the aggravation and loss of profits, not when other trade routes were just as lucrative. Which was why Georgina hadn′t come to London on a Skylark ship, and why she wouldn′t find free passage home on one, either. Which was going to be an eventual problem, what with Mac and she reduced to a grand total of twenty-five American dollars between them, all that they had been carrying on them at the time of the robbery, and they didn′t know how long that would have to last--a good reason why Georgina was presently ensconced in a rented room above a tavern in the Borough of Southwark.

A tavern! If her brothers ever found out ... but then they were going to kill her when she got home anyway for sailing without their knowing, while each was off in some other part of the world on his own ship, but more to the point, she′d left without their permission. At the least, she could expect to have her allowance suspended for a decade, to be locked in her room for several years, to be whipped by each one of them ...

Actually, they would probably only do a great deal of shouting at her. But having five angry brothers, all older and much bigger than she, raising their voices in unison and accord, and directing that anger at her when she knew she deserved every bit of it, wasn′t at all pleasant to contemplate, and could, in fact, be anticipated with total dread. But, unfortunately, that hadn′t stopped Georgina from sailing off to England with only Ian MacDonell as her escort and protector, and he no relation at all to her. Sometimes she had to wonder if the common sense allotted her family hadn′t run out by the time she was born.

The knock came at the door just as Georgina pushed away from the little table the room offered for solitary meals. She had to bite back the natural tendency to simply say "Come in," which came from a lifetime of knowing that anyone who knocked on her door would be either servant or family, and welcome...

Excerpted from Gentle Rogue by Johanna Lindsey
All rights reserved by the original copyright owners. Excerpts are provided for display purposes only and may not be reproduced, reprinted or distributed without the written permission of the publisher.