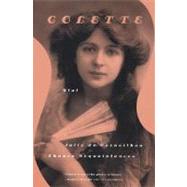 Two volumes of Colette's most beloved works, with a new Introduction by Judith Thurman. Perhaps Colette's best-known work, Gigi is the story of a young girl being raised in a household more concerned with success and money than with the desires of the heart. But Gigi is uninterested in the dishonest society life she observes all around her and remains exasperatingly Gigi. The tale of Gigi's success in spite of her anxious family is Colette at her liveliest and most entertaining. Written during the same period as Gigi, Julie de Carneilhan, based on Colette's last years with her second husband, focuses on a contest of wills between Julie, an elegant woman of forty, and her ex-husband. Chance Acquaintances, a novella, involves an invalid wife, her philandering husband, and a music-hall dancer whose odd meeting at a French spa affects and indelibly marks each one of their lives.
Born in 1873 in France, Colette was the author of many acclaimed novels noted for their intimate style. Other Colette titles from FSG include The Complete Claudine, The Vagabond, Chéri and The Last of Chéri, and The Complete Stories of Colette. She died in 1954.
What is included with this book?