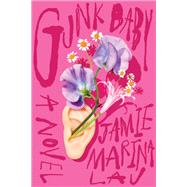 “A dissociative meditation on a world that has come to feel increasingly meaningless . . . [Lau's] prose combines the languid torpor of Michael Bible with the unease of Yoko Ogawa's more macabre work." ―Declan Fry, The Guardian

A black comedy workplace thriller set in a sprawling indoor shopping mall about a cabal of low-wage workers who plot violent acts of “resistance” against their managers.

In the suburb of Par Mars stand a pair of identical shopping centers, each with the same harsh, fluorescent lights, climate-controlled environment, and monotonous encounters between employees and shoppers.

Reviving an ancient Chinese ritual passed down by her mother, twenty-four-year-old Leen has opened an ear-cleaning and massage studio in the Topic Heights Shopping Center. But the social fabric of Par Mars is coming loose, and a quiet unrest is growing among the mall’s low-wage workers as store managers begin to fall victim to increasingly brutal and spontaneous attacks. When Leen befriends Jean Paul, a pharmacist enmeshed in a cryptic online community, she finds herself embroiled in a troubling plot to disrupt the routines of the town’s banal consumer culture.

With fierce intellect, sharp wit, and original prose, Jamie Marina Lau interprets and vividly portrays the everyday violence and toil of contemporary working life. Encapsulating millennial ennui and middle-class boredom, Gunk Baby is an inventive and deliberate novel from a fresh, new, exciting voice.
Jamie Marina Lau is a 23-year-old multidisciplinary artist and writer. Her debut novel, Pink Mountain on Locust Island, won the 2018 Melbourne Prize Readings Residency Award, was shortlisted for the 2019 Stella Prize, the 2019 New South Wales Premier’s Literary Awards, the 2018 Readings Prize for New Australian Fiction, and the Australia Literature Society Gold Medal. Her writing can also be found in various publications.
What is included with this book?