Henry Winstanley and the Eddystone Lighthouse 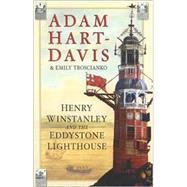 Prior to the building of the Eddystone lighthouse thousands of lives were lost. It was William of Orange himself who stated that a light should stand on the rocks. The ingenious Winstanley, an engraver and Clerk of Works at Audley End, owned a house of gadgets to which he charged admission (on one occasion visited by the king and Nell Gwyn). Then, in 1695, two of his ships were lost on Eddystone. He determined that no more ships should founder but, thwarted by weather and politics, it was three years before candles were lit on the reef. After the storm it was as if it had never been. This book vividly recreates the story of the Eddystone lighthouse, the character of the man who with grim determination attempted to raise his lighthouse against all odds, and the power of the elements that finally destroyed them both.
What is included with this book?