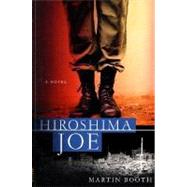 One of the most powerful novels about the experience of war, first published in 1985 Captured by Hirohito's soldiers at the fall of Hong Kong and transferred to a Japanese slave camp outside Hiroshima, Captain Joe Sandingham was present when the bomb was dropped. Now a shell of a man, he lives in a cheap Hong Kong hotel, scrounging for food and the occasional bar girl. The locals call him "Hiroshima Joe" with a mixture of pity and contempt. But Joehaunted by the sounds and voices of his past, debilitated by illness, and shattered by his wartime ordealis a man whose compassion and will to survive define a clear-eyed and unexpected heroism.
Martin Booth is a critically acclaimed novelist and film writer. His novel, The Industry of Souls, was shortlisted for the Booker Prize. His new novel, Islands of Silence, is forthcoming from St. Martin’s Press.
“Engrossing...unflinchingly graphic.” —The New York Times

“Fashion[s] a moving drama from the cruelties and pathologies of modern warfare and some moral meaning from the terrible travail of a man who survived, and even transcended it.” —Publishers Weekly
What is included with this book?