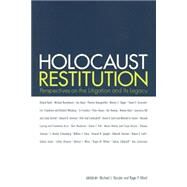 View the Table of Contents.   Read the Introduction."Bazyler and Alford have produced an essential tool for understanding the righteous struggle to win restitution for Holocaust victims and their heirs." --Richard Z. Chesnoff, author of Pack of Thieves: How Hitler & Europe Plundered the Jews & Committed The Greatest Theft In History"This excellent volume makes a significant contribution both to legal studies and to the history of the Holocaust. The editors deserve special praise for including chapters by Holocaust survivors, assuring that their often-forgotten voices are not lost within the great debate about Holocaust restitution."--Marilyn J. Harran, Stern Chair in Holocaust History, Chapman University"An invaluable text for students and scholars as well as a fascinating read for all those concerned with Holocaust and genocide issues in all disciplines and on behalf of all victims."--Israel W. Charny, President, International Association of Genocide Scholars "This unique collection is important in bringing together the perspectives of legal practitioners, activists, archivists and historians, negotiators, and survivors. It is remarkably comprehensive. . . . The editors have not shied away from controversy."--David Cesarani, Research Professor in History, Royal Holloway, University of London"If there is a 'final frontier' in understanding the Holocaust, it is the assessment of international litigation, compensation, and reparations claims. This extraordinary group of contributions thoughtfully reflects on the Holocaust, past and present, as well as what many would call 'imperfect justice.'"--Stephen Feinstein, Professor of History and Director, Center for Holocaust and Genocide Studies, University of Minnesota"This collection of essays on Holocaust restitution litigation provides a wonderful overview of the subject. áBazyler and Alford have assembled the 'A ist' and the result is a most authoritative and complete treatment."--Professor William A. Schabas, Director, Irish Centre for Human RightsHolocaust Restitution is the first volume to present the Holocaust restitution movement directly from the viewpoints of the various parties involved in the campaigns and settlements. Now that the Holocaust restitution claims are closed, this work enjoys the benefits of hindsight to provide a definitive assessment of the movement.From lawyers and state department officials to survivors and heads of key institutes involved in the negotiations, the volume brings together the central players in the Holocaust restitution movement, both pro and con. The volume examines the claims against European banks and against Germany and Austria relating to forced labor, insurance claims, and looted art claims. It considers their significance, their legacy, and the moral issues involved in seeking and receiving restitution.Contributors: Roland Bank, Michael Berenbaum, Lee Boyd, Thomas Buergenthal, Monica S. Dugot, Stuart E. Eizenstat, Eric Freedman and Richard Weisberg, Si Frumkin, Peter Hayes, Kai Henning, Roman Kent, Lawrence Kill and Linda Gerstel, Edward R. Korman, Otto Graf Lambsdorff, David A. Lash and Mitchell A. Kamin, Hannah Lessing and Fiorentina Azizi, Burt Neuborne, Owen C. Pell, Morris Ratner and Caryn Becker, Shimon Samuels, E. Randol Schoenberg, William Z. Slany, Howard N. Spiegler, Deborah Sturman, Robert A. Swift, Gideon Taylor, Lothar Ulsamer, Melvyn I. Weiss, Roger M. Witten, Sidney Zabludoff, and Arie Zuckerman.
What is included with this book? 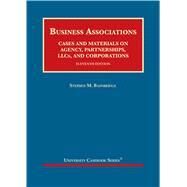