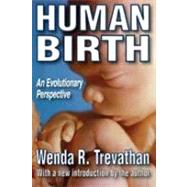 The story of human evolution has been told hundreds of times, each time with a focus that seems most informative of the teller. No matter how it is told the primary characters are rarely mothers and infants. Darwin argued survival, but today we know that reproduction is what evolution is all about. Centering on this, Trevathan focuses on birth, which gives the study of human evolution a crucial new dimension. Unique among mammals, humans are bipedal. The evolution of bipedalism required fundamental changes in the pelvis and resulted in a narrow birth canal. Humans are also large-brained animals, which means that birth is much more challenging for our species than for most other animals. The result of this mismatch of large head and narrow pelvis is that women are highly dependent on assistance at birth and their babies are born in an unusually undeveloped state when the brain is still small. Human Birth discusses how the birth process has evolved and ways in which human birth differs from birth in all other mammals. Human Birth is also concerned with mother-infant interaction immediately after birth. While working as a midwife trainee, Trevathan carefully documented the births of more than one hundred women and recorded maternal and infant behaviors during the first hour after birth. She suggests ways in which the interactions served not only to enhance mother-infant bonding, but also to ensure survival in the evolutionary past. With clarity and compelling logic Trevathan argues that modern birth practices often fail to meet evolved needs of women and infants and suggests changes that could lead to better birth experiences. This paperback edition includes a new introduction by the author.
Wenda R. Trevathan is Regents Professor of anthropology at New Mexico State University. Her research focuses on childbirth, maternal behavior, sexuality, and menopause. In addition, she has written extensively on evolutionary medicine and is the author of Ancient Bodies, Modern Lives: How Evolution Has Shaped Women's Health.
What is included with this book? 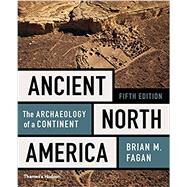