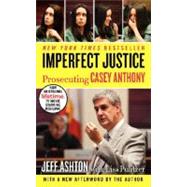 Who killed two-year-old Caylee Anthony?From the moment Caylee Anthony was reported missing, and her remains subsequently found in the woods around her Orlando home, America was mesmerized by this shocking case and the behavior of the girl's mother, Casey, who would eventually be arrested, charged, and tried for the child's death. The resulting media firestorm reached a fever pitch on July 5, 2011, when a Florida jury acquitted the twenty-two-year-old defendant of murder. The verdict stunned a nation and opened a floodgate of opinion and speculation: Was Casey Anthony innocent? Or was this the worst courtroom decision since the O..J. Simpson trial?Now, one of the principal players in the case's drama, prosecutor Jeff Ashton, offers a riveting, sure to be headline-making look at the investigation, the trial, and the verdict that rocked America. In this inside account, Ashton-a career prosecutor for the state of Florida who's tried over eighty murder cases-goes where the press and pundits have only speculated, detailing the day-to-day investigation, examining how the prosecution built their case, and explaining how a woman so seemingly shrouded in guilt was found innocent. Throughout, he details what the prosecution got right, what they got wrong, and why he remains completely convinced of Casey Anthony's guilt.Packed with never-before-revealed stories, Imperfect Justice is an in-depth look at this tragic case and the mysterious woman at the center of it, going behind the scenes, beyond the courtroom, and into the mind of an accused killer who walked free.