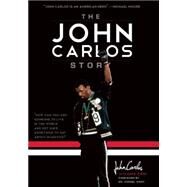 2012 NAACP Image Award Nominee for Outstanding Literary Work--Biography/Autobiography "A powerful and poignant memoir."--Cornel West, from the foreword "John Carlos is an American hero. And finally he has written a memoir to tell us his story--and a powerful story it is. I couldn't put this book down."--Michael Moore Seen around the world, John Carlos and Tommie Smith's Black Power salute on the 1968 Olympic podium sparked controversy and career fallout. Yet their show of defiance remains one of the most iconic images of Olympic history and the Black Power movement. Here is the remarkable story of one of the men behind the salute, lifelong activist John Carlos. John Carlosis a former track and field athlete and professional football player, and a founding member of the Olympic Project for Human Rights. He won the bronze medal in the 200-meter race at the 1968 Olympics, where his Black Power salute on the podium with Tommie Smith caused much political controversy. Dave Zirinis the author of four books, including Bad Sports: How Owners are Ruining the Games We Love, A Peoples' History of Sports in the United States, and What's My Name, Fool?
What is included with this book?