"An absolutely brilliant book ... One cannot understand America and its history without reading it." — Merle Miller

Between World War II and Vietnam there was the Korean War, 1950–53. Often described as "the forgotten war," the conflict nevertheless had a huge impact on the course of Cold War history and the relationship of America to the Soviet Union, China, and the rest of Asia — an effect that remains far from played out.
This definitive history, largely based on documents not previously available to scholars or to the public, were obtained by the author under the Freedom of Information Act.  The book is widely considered an indispensable interpretation of the Korean War, including the epoch-making conflict between President Harry S. Truman and General of the Army Douglas MacArthur. Illustrated with maps and photographs, this edition features a new Preface by the author.
Joseph C. Goulden is the author or co-author of 19 nonfiction books, including The Superlawyers, a national bestseller for five months. Before becoming a full-time writer, Goulden spent a decade in daily journalism, first with the Dallas Morning News and later at The Philadelphia Inquirer, where he served as chief of the Washington bureau. His journalistic honors include a National Magazine Award, and he was a founding member of the H. L. Mencken Society. He lives in Washington with his wife, Leslie C. Smith. His other Dover books are The Dictionary of Espionage: Spyspeak into English and The Best Years, 1945-1950. 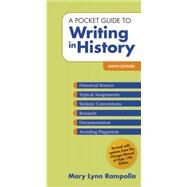