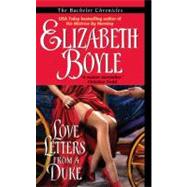 He's at her service . . .Though she can't afford the coal to heat her drafty Mayfair mansion, Felicity Langley still clings to her dream of marrying a duke-one she's had since her very first curtsy. After all, she's been promised to the very lofty Duke of Hollindrake for the last four years. Now all she has to do is meet him. But what Felicity doesn't realize is that she has met her duke-he's the altogether too handsome man who Felicity has just mistaken . . . for her new footman!By rights, Thatcher should immediately set this presumptuous chit straight and tell her he has no intention of honoring the arranged betrothal. But he's quickly smitten by Felicity's delightful determination, her irrepressible charm . . . and her breathtaking sensuality. Yes, she'd wed him in an instant were his true identity revealed-but Thatcher's vowed to marry only for love. So begins his deception and his conquest of this uncommon woman who doesn't believe in romance, but is about to find her heart and passion set aflame by the unlikely man she's sworn to resist.
Love Letters From a Duke

Notes: Lord Standon poses a dilemma, for very little is known of him (though there are persistent and unsubstantiated rumors of youthful and rakish indiscretions). However, he must have reformed upon his elevation to the marquisate, for he is never mentioned in the society columns, the Gentleman's Magazine or any other reliable form of gossip. As such there is very little to recommend him other than the indisputable fact that he is the Duke of Hollindrake's heir.

—An excerpt from the Bachelor Chronicles

"Oh, heavens, Tally, this is terrible news," Miss Felicity Langley announced to her sister Thalia, who was seated across the sitting room.

"What is it?" her twin replied, looking up from her sketch pad.

Felicity set down the copy of the Times she'd been reading and sighed. "Lord Garner died."

"No!" Tally got up from her chair by the window, and as she rose, her little black dog, Brutus, rose as well, stretching out his legs and yawning before he followed his beloved mistress as she crossed the room to see the account for herself. "A riding accident! How dreadful."

"Terrible luck," Felicity muttered as she dipped her quill into the ink pot and proceeded to strike Lord Garner's name from the open journal before her.

"Heavens, that's the fifth bachelor this winter to expire," Tally said as she watched her sister draw a series of lines through her careful reckoning of the now deceased baron's life and holdings.

After giving her head a few woeful shakes, Tally asked, "This Lord Garner, he was rather old, wasn't he?"

Her nose wrinkled. "Positively ancient. You should have crossed him out years ago." The twins had just turned one and twenty not a fortnight earlier, and Tally especially considered any man not in his twenties to be nothing short of a Methuselah.

"Ancient or not, one cannot overlook twelve thousand a year."

Her twin shrugged, then glanced back at the paper. "An heir worth noting?"

A tsk, tsk was her sister's only reply, for she knew this meant that the new Lord Garner would have to wait another ten years before he could even be considered eligible for inclusion in Felicity's infamous Bachelor Chronicles.

Not that any man in his right mind would want to find himself inside the pages of such a journal. The Bachelor Chronicles, as they'd been dubbed by her classmates at Miss Emery's school, was far from being the giggling, foolish musings of a title-mad young lady, but rather a meticulously researched encyclopedia of every eligible bachelor in the ton.

A volume of Debrett's could give you lineage and a family motto. The Bachelor Chronicles could tell you if the man had a penchant for drink and late night rambles through the wilds of Seven Dials. Mr. Billingsworth's guidebooks and histories would give you an effusive and flowery travelogue of the man's holdings and properties, but Felicity's encyclopedia of dilettantes and Corinthians revealed the true condition of the roof and whether or not the walls were buttressed by mortgages or mortar.

Dukes to barons, knighted gentlemen and even a few men of means were given her discerning perusal. Even second sons and distant heirs found their way into the Chronicles, because, as Felicity was wont to say, "One day a spare, the next an heir."

To accomplish all this, she spent the first few hours of each day scouring the Times, the Globe, and of course the Morning Post, as well as the latest volumes of the Gentleman's Magazine, the Ladies Magazine, and The Ladies Fashionable Cabinet, looking for information that would necessitate addendums or corrections to her Chronicles.

What she couldn't glean from the regular publications, she gathered by contacting Miss Emery's former students. A voluminous correspondence with these ladies, most of them having married into the loftiest families in society, gave her insights into her quarry that unfortunately never found their way into print.

"Oh, Duchess, not again," Tally protested, using her favorite nickname for her sister.

Felicity waved off her sister's objection. "I'm more inclined to see our cousin with Lord Elmsley than the Earl of Darlton. I've just been informed by the viscount's mother's second cousin's wife that Elmsley carries a bit of the romantic tragic about him, which would fit quite nicely with Pippin's current state—"

Tally groaned. Loudly. "Don't do this," she told her sister. "Leave Pippin be."

"Because our poor cousin hasn't been the same since . . . well, you know."

Felicity heaved a sigh. "Her father's death was untimely to say the least, and the shocking state of his finances even worse, but I daresay it is high time that she—"

"Stop!" Her sister threw her hands up. "Sometimes I wonder if you even have a heart. I'm not talking about her father. I'm talking about him." Tally lowered her voice to a whisper. "Captain Dashwell."

"That pirate?" Felicity exclaimed. "I won't hear that name mentioned again. Not in this house. Oh, how I wish the devil would take him to the bottom of the sea! Pippin was such a sensible creature before that wastrel kissed her."

Four years earlier, during Felicity's first matchmaking endeavor, she, Tally, and Pippin had become entangled in more than assisting their teacher, Miss Porter, find her heart's desire with the rakish Jack Tremont—rather, they'd discovered themselves in the middle of an elaborate network of spies and espionage, and had stood in for Jack when their misadventures accidentally landed him in prison.

And that one night had changed their lives forever—ending with Pippin being kissed by a young American sea captain, Thomas Dashwell, as they exchanged gold for . . .

Love Letters From a Duke. Copyright © by Elizabeth Boyle. Reprinted by permission of HarperCollins Publishers, Inc. All rights reserved. Available now wherever books are sold.

Excerpted from Love Letters from a Duke by Elizabeth Boyle
All rights reserved by the original copyright owners. Excerpts are provided for display purposes only and may not be reproduced, reprinted or distributed without the written permission of the publisher.