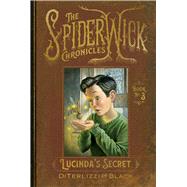 Celebrate the 20th anniversary of the #1 New York Times bestselling Spiderwick Chronicles and get ready for the series soon to be streaming on Disney+ with this third installment in the adventures of the Grace children featuring an all-new look.

As if being attacked by goblins and a bridge troll weren’t enough, Jared is now being targeted by Thimbletack. Simon is keeping an injured and very hungry griffin hidden in the carriage house. And Mallory is convinced the only way to get things back to normal is to get rid of the Guide. But that doesn’t seem to be an option. With more creatures from Arthur Spiderwick’s Field Guide to the Fantastical World Around You popping up, the Guide seems to be the only protection the Grace kids have. But why do the faeries want it so badly? There’s only one person to go to for answers—their fragile and confused Aunt Lucinda.
Tony DiTerlizzi is a #1 New York Times bestselling author and illustrator who has been creating books for twenty years. From fanciful picture books, such as Jimmy Zangwow’s Out-of-This-World Moon-Pie Adventure and The Spider and the Fly (a Caldecott Honor Book), to fantastic middle grade novels like Kenny & the Dragon and the WondLa trilogy, Tony imbues each story with his rich imagination. He created The Spiderwick Chronicles with Holly Black, which has sold millions of copies around the world. You can learn more about Tony at DiTerlizzi.com.

Holly Black is the author of bestselling contemporary fantasy books for kids and teens. Some of her titles include The Spiderwick Chronicles (with Tony DiTerlizzi), the Modern Faerie Tales series, the Curse Workers series, Doll Bones, The Coldest Girl in Coldtown, The Darkest Part of the Forest, the Magisterium series (with Cassandra Clare), and the Folk of the Air series. She has been a finalist for the Mythopoeic Award, a finalist for an Eisner Award, and the recipient of both an Andre Norton Award and a Newbery Honor. She lives in New England with her husband and son in a house with a secret door. Visit her at BlackHolly.com.
What is included with this book?